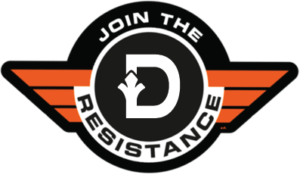 So You Are Toying with The Idea of Starting Your Own DPC Practice?

“I just want to help people”. That was the line used by so many of us when we interviewed for medical school.   I am sure it is still used by prospective students today. I mean you couldn’t say that you wanted to make money. You couldn’t say that you wanted the prestige of becoming a doctor. Nope. It was all about helping people.   This is NOT to say that there isn’t a kernel of truth in the helping part. For many, it truly is the real reason they wanted to be physicians. And once they got into medical school, reality bit them right in the ass. Since you are a doctor who is reading this then I do not have to rehash how much work we did. It turns out that succeeding and surviving somehow made us table that “helping” ideology dream. When it came to choosing a residency dare I say that maybe, just maybe those who chose family medicine or pure internal medicine may have found that altruistic urge again? This can be debated but it is doesn’t really matter. After residency we were thrust into the world of hospital employers and third-party payers. We were their minions and this took away from helping or serving others. We were treating numbers and being told how to practice. Well, I am here to tell you that this book is for those doctors who still want to help people. This book is for those doctors who feel it is okay to earn money. This book is for those doctors who want to feel proud that they are doctors. This book is for those doctors who want to control their own lives and who do not be pawns that the hospital CEO places wherever he or she wants. This book is about freedom because you can have all of that. The only way to accomplish this, however, is to start your own direct primary care practice.

So who am I to write a direct primary care book? Well, I’m a physician doing direct primary care. Plain and simple. I wasn’t the first. I won’t be the last. I may be the most vocal, though. I have been blogging about the crap going on in our healthcare system for 14 years and have always sung the praises of DPC. I even published a humorous medical magazine, the Placebo Journal, for ten years. I was just too much of a wimp to make the plunge. That changed in 2014. I burned the boats and kicked away the ladders and (insert any other metaphor here) and started my practice from scratch in Forest, Virginia. I didn’t have the advantage of converting an established practice to DPC.   So I had a big hill to climb. I was also an old man, in my fifth decade, so I decided to do this at a later stage in my life. That means at a time when most docs are looking toward retirement or just living with the bullshit of today’s healthcare system, I was starting a new chapter in my life. I was also new in the community where I started this. All of these things made the odds of success lower and lower. But I said screw it and took the risk and…..I succeeded!   And you can too.

Why Did I Succeed?

To be honest, I did have some things in my favor. I am in an area that’s definitely upper-middle-class in some sections so I knew that if DPC didn’t work here then it really wouldn’t work anywhere. This wasn’t luck because I moved from Maine to this place in Virginia to give myself that advantage. You know what they say – luck is where preparation meets opportunity.   I was prepared for when the opportunity came. You should be as well.

I also am somewhat of a risk taker by nature and can be tenacious in getting the things I want. I therefore convinced myself that if I couldn’t do it then nobody could. I also hated the present healthcare model so much that I knew there was no going back. I decided that I would outwork anybody if that is what it took to succeed. Even with some local gamesmanship and political maneuvering by a local FP group, I was still able to work around it and grow my practice. Why? I had no choice.   If I was going to be the physician I always wanted to be then I was going to either give it my all and succeed in direct primary care or quit this job altogether. I opted out of Medicare and Medicaid, which meant there was no moonlighting or working for anyone else for at least two years. Like I said, I burned the boats behind me, which meant supreme leverage and pressure on me to make this dream a reality.

Why I Was Confident This Concept Would Work

The concept of DPC was not new to me. I always believed insurance companies were ripping people off even back when I was in residency in the mid 90s. And that is nothing compared to what they are doing now! Back then I felt I could be my own mini HMO to cover just the primary portion of patients’ care, which is 90% of all their healthcare. That concept was basically direct primary care. Even then I was collecting all the articles I could on what was called “cash pay practices”. It’s funny, I still have the folder today and many of those concepts hold true.   Unfortunately, I had too much school debt back then and succumbed to the temptation of being employed by a hospital in Maine. Luckily, I had great partners and the job of being a family doctor was initially fun. It was different back then. There were no quality metrics and less administrators were involved. There were no EMRs, no justification for orders, and no prior authorizations. Also, I was young and ready to churn through patients each day because I was brainwashed into thinking that was what family doctors do. Unfortunately, the job kept changing. Suffice it to say that after being a pawn in the chess set of two different employers for 15 years, I decided enough was enough. There was so much in Maine I liked. My patients were good and many remain my friends to this day. I did love working with my partners as we were best friends and spent a ton of time commiserating. The problem was that healthcare was getting worse and the issues were unsolvable as an employed doc. The time with my partners became bitch sessions that led to nowhere. I needed to move on.

In 2012, I decided to move closer to my wife’s family in Virginia. I was getting too old for the frigid weather in Maine. I also, as noted above, wanted to find the right community that could support a DPC practice. I initially took a job at an urgent care center so they could pay for my moving expenses and a bonus. I needed that influx of cash. Unfortunately, that job wasn’t for me either. After a year of seeing up to 70 patients per day, which sucked my life away, I needed out.   I was tempted into being an employed family doctor again as there are always jobs available for our specialty. I thought I would give it one more shot at seeing if primary care with a local private group would work. It didn’t. I hired myself out as an independent contractor and the people and staff were great but the healthcare model was the same…broken. I call it industrialized medicine because it is similar to the industrialized food model. Doctors have to grind through patients as well as try to fill mandates that have nothing do with patient care. This was not the picture that I had of being a doctor when I was a medical student and it is still not today. It turns out that the picture I had in my mind was direct primary care.

So I took the leap into DPC. The good news was that no one was doing direct primary care in my community. The bad news that no was doing direct primary care my community. That meant I had to really make a name for myself and get out and market myself because the concept was unknown. Isn’t that ridiculous, a concept where a patient directly pays the doctor or a customer directly pays the owner is unheard of? This is where we have gotten in our healthcare system. It’s warped.

As I said, my personality lends itself to taking these leaps because I don’t mind taking risks. It’s just in my nature. For other people it’s hard, which makes starting a DPC difficult. I am not here to shake you and make you do something you don’t want to do. Direct primary care will not be the job for you, however, if you can’t take risks. It is for the person who is willing to go out on a limb, be innovative, and disrupt healthcare. If this is you, then I welcome you into our club and I will do anything to help you succeed. Why? Because you are NOT competition and you will help spread the word about DPC. It is my feeling that a rising tide floats all boats and so if you succeed then we all succeed.